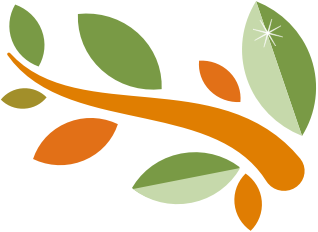 Governance is defined as “traditions and institutions by which authority in a country is exercised for the common good”, whereas corruption is often described as the “abuse of public office for private gain.” Effective, transparent, and accountable institutions lie at the core of development. Corruption breeds public distrust in government and weakens the state’s capacity to deliver services and perform its core functions. Countries with the highest levels of public-sector corruption are also those plagued by long-standing conflicts. In contrast, countries with the strongest democratic institutions tend to be the most peaceful and the least corrupt. The international community recognizes the debilitating impact of poor governance on societies, and the United Nations global agenda for development 2030 is committed to combat corruption as part of the global peace and security agenda.

Efforts to improve governance and anti-corruption practices have focused on processes such as safeguards, procurement, financial management and public sector reform. Despite some progress in different countries, efforts to reform public sector institutions have generally been unable to address deficits in public sector transparency and accountability. A public administration which is trusted by the public is a key part of transforming conflict. Our evidence-based peacebuilding methodology offers governments, donors and corporate organisations precise means to understand the societal and institutional context for strengthening inclusive governance and reducing the space for corruption.

We focus on the interplay between factors which promote positive civic behaviours and the effective performance of institutions, providing in-depth behavioural assessments of the root causes of poor governance. This allows us to identify the skills and competences that promote professional and ethical behaviours among public servants, while analysing the factors which push citizens to support anti-corruption policies. By assessing tolerance of corruption and measuring levels of perceived corruption, we can profile groups who are most likely to tolerate corruption, based on their socio-economic and socio-psychological characteristics. This can be helpful when targeting anti-corruption strategies, which are more likely to be successful if citizens fully participate in their implementation.

Our work in governance and anti-corruption reveals how corruption helps fragment efforts to build peaceful societies. The work in Ukraine shows how our approach can identify causes of non-responsive governance and establish a policy framework for tackling corruption. Tolerance of corruption in Ukraine between 2016-2018 increased, with 45% of Ukrainians accepting corrupt practices as a part of daily life. Tolerance of corruption is linked to anti-social behaviours and attitudes, especially among people who feel socially marginalized and indulge in risky and aggressive behaviours. This trend is strongly associated with exposure to the conflict in the Donbas region, either directly as a combatant or indirectly through the death or injury of a family member. The findings point towards a socio-psychological dimension of the acceptance of corruption which is drawn from negative personal and group experiences. Although corruption remains a key grievance of the public, support for anti-corruption reform has gradually declined since 2016, as people become more disenchanted with the situation in the country. Public apathy and loss of faith in anti-corruption efforts are likely to undermine the Ukrainian government reform process designed to remove corruption from public life, while negatively impacting the country’s EU accession aspirations.

Our results point to the need for public institutions to adopt anti-corruption measures in Ukraine. These need to be accompanied by a wider set of socio-political changes which provide a supportive environment for the country’s reform process. Corruption and the perception of corruption is instrumental in determining public attitudes towards the government’s overall programme to improve governance and move the country closer to the EU. The strongest inhibitor of public support for government reforms is high levels of tolerance of corruption, demonstrating how the effective implementation of anti-corruption reforms would most likely improve support for other government reforms.

Based on these findings we have recommended that the Government of Ukraine and its partners implement a multi-dimensional strategy which involves government leadership in showcasing anti-corruption success stories, the design of mechanisms to increase citizen participation in anti-corruption efforts and promoting cooperation between business and civil society to promote civic responsibility at all levels. This will help restore public confidence in government institutions and promote positive civic behaviours, which in turn will advance good governance.