We are a leader in designing evidence-based policies and programmes for resilient livelihoods, constructive citizenship, social cohesion and transformative peace. 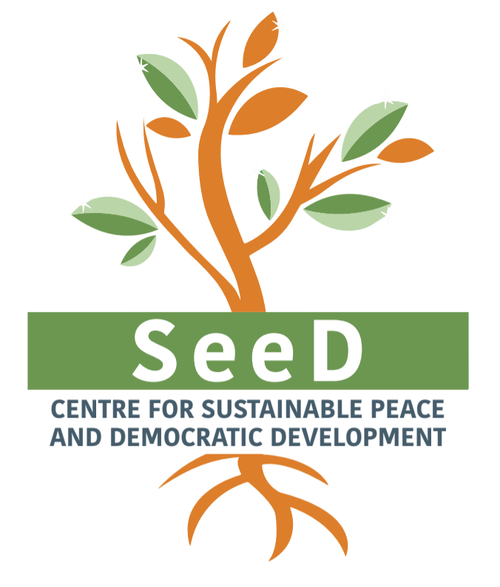 We are committed to preventing conflict and building resilient societal structures and relationships which consolidate peace. Our evidence-based peacebuilding methodology helps us identify underlying conflict-forming dynamics and key drivers of change, allowing us to recommend to partners strategies for interrupting and transforming societal trends which lead to violent conflict. We work with partners to help them design and test conflict transformation theories of change before sponsoring and endorsing new peacebuilding programmes. This helps organisations to allocate funds cost effectively, targeting programmes which are most likely to have a positive impact on peacebuilding outcomes.

Our approach is underpinned by a commitment to accompanying partners on their journeys to build peaceful societies. Through all stages of our engagement with national partners we identify opportunities to train local researchers and practitioners on using evidence-based peacebuilding research methodologies. Our goal is to share and transfer knowledge, ensuring national experts can make use of evidence-based strategies to design community level peacebuilding and conflict prevention projects and approaches. The establishment of national reflection groups and the transfer of knowledge to national partners is an intrinsic part of our co-creation philosophy, which is designed to enhance the effectiveness and impact of peace agendas. In this way we accompany national partners from different parts of government and the wider society on the journey to produce results which support positive social change outcomes.

Initially … we were an inter-communal peacebuilding initiative utilizing research and dialogue tools in support of the Cyprus Peace Process. We worked closely with the UN system in Cyprus to produce:

Our early work came under the umbrella of the Cyprus 2015 project, which received financial support from UNDP and USAID, and project management guidance from Interpeace. SeeD’s philosophy of citizen engagement was established through the experience of the ‘Cyprus 2015’ project, which was based on the premise that local civil society needs to play a significant role in conflict transformation. Between 2009 and 2012 our team of Greek Cypriot and Turkish Cypriot researchers focussed on providing the Cyprus peace negotiators and the United Nations with public policy options designed to support the process to negotiate a comprehensive settlement to the Cyprus problem.

In 2012 UNDP commissioned SeeD to develop an innovative research tool which could diagnose the root causes of conflict and predict which kinds of peacebuilding measures would most likely bring about positive conflict transformation outcomes. The resulting Social Cohesion and Reconciliation Index (SCORE) was the first iteration of our evidence-based peacebuilding approach, which we captured in the 2015 publication, Predicting Peace. The SCORE index assessment and analysis was implemented annually in Cyprus between 2013-2017, and in 2014 USAID commissioned SeeD to roll out the SCORE for Bosnia Herzegovina.

Growing out of this initiative, SeeD was officially registered in Belgium as an international not-for-profit association in 2012. Since then, SeeD has grown into a reputable international innovation hub sharing its know-how and expertise with institutional networks engaged in policy research, peacebuilding and democratic participation in order to develop synergies and pursue common goals across multiple contexts in Europe, the Middle East, Africa and Asia.

Our peacebuilding methodology has evolved over the years, and continues to evolve based on the experience of projects in the field and a philosophy of robust innovation. While the SCORE index remains crucial to our work on social cohesion and reconciliation, we have a range of tools which are able to quantitatively assess different dimensions of peace and development. Working with our partners, we aspire to cultivate an evidence-based peacebuilding science which brings together different academic disciplines, practice and policy.