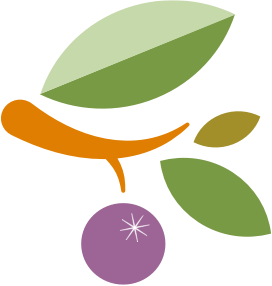 United Nations Security Council Resolution 2250 (2015) embraces the importance of youth in decision-making, and supports young people’s active engagement in shaping lasting peace. Preventing youth exclusion in the peace and security agenda is emphasized by the UN Progress Study Report which calls for three pivotal youth outcomes. These are:

1) progress towards greater youth participation in private and public spheres;

2) progress towards enhanced life satisfaction and sense of purpose amongst young people;

3) mitigation of tendencies towards political violence amongst youth.

To achieve these objectives in the lives of young people, two important prerequisites must be met. Firstly, an enabling environment should be provided, which facilitates the social, economic and political inclusion of youth, while reducing their exposure to intergroup polarization and radical narratives. Secondly, the capacities and resilience of young people must be nurtured, particularly in terms of developing life skills for self-management, interpersonal collaboration, and respect for diversity.

We believe that building youth skills and capacities is a pre-requisite to meaningful youth inclusion described in UN resolutions. Our goal is to provide a comprehensive assessment of the life-skills and resources which underpin the individual capacities of young people, such as growth mind-set and collaboration skills, while diagnosing contextual factors, like economic security and opportunities to participate in public life. This approach seeks to strengthen the evidence-base for facilitating the social, economic and political inclusion of youth, while identifying the skills which will help young people constructively manage change and exposure to adversity. By offering a simultaneous diagnosis of how the individual capacities play a role in shaping youth inclusion (“inside-out” perspective) and how the environment shapes the individual traits and behaviours (“outside-in” perspectives), we aim to identify the policy entry points to overcome structural and individual barriers limiting youth participation in peace and security. Our evidence-based policy recommendations have shown that peacebuilding measures and political decisions are more likely to promote positive youth outcomes if they are based on investments in young people’s skills and potential to be productive adults, rather than managing the risks of often associated with disconnected and disenfranchised youth.

Evidence shows that the seed for engaged citizen participation in civic affairs is planted when young people are included in decision making processes during their formative years. Our research in Moldova shows that youth inclusion in decision making is low outside of family and school. More than 40% of young people think that their views are not taken into account by authorities and political parties. Young people with poor academic qualifications and professional aspirations are more likely to become passive citizens. Girls’ motivation to participate decreases as the decision-making context becomes more formal, meaning that boys are more likely to engage with public authorities and political parties.

Generally, social tolerance is very low across Moldova, but young people are more likely to have progressive attitudes towards ethnic minorities and people with disabilities, but are generally less accepting of religious minorities. People belonging to the LGBTQI community, drug addicts and people with living with HIV/AIDs, are generally not accepted by young people.

There are striking differences between youth from Moldova and youth from the country’s autonomous region of Gagauzia. The region, which depends on an agrarian and rural economy is more homogenous and characteristically conservative compared to other parts of the country. This conservatism is reflected in the general suspicion of people not from the region and a greater affiliation with Eastern European countries. Gagauzian youth are likely to want to emigrate to countries in Eastern Europe, while youth from Moldova are more likely to want to emigrate to countries in the European Union and North America. Gagauzian youth are less ambitious in advancing their education or career, while Moldovan youth are more likely to have higher white collar and entrepreneurial aspirations. Despite being more ambitious, youth from Moldova express anxiety about their job prospects, with most believing the current education system does not adequately prepare them for work.

Overall young people in Moldova experience different kinds of personal difficulties and trauma, with many adolescent boys saying they feel neglected, while sexual and psychological abuse appears to be widespread. Many adolescents from minority groups are bullied due to race and religion. These negative experiences during young people’s formative years have life-long consequences for their psychosocial functioning and civic behaviour in adulthood, and youthful experiences of trauma can be linked to aggressive behaviours in adulthood.

We have recommended various measures to address key challenges to UN agencies in Moldova. These include helping girls to have a stronger voice in decision making in civic affairs, promoting respect for diversity, supporting young people’s academic and professional aspirations and provide psychosocial support to young people who were exposed to traumatic experiences. UN Women used information from our study to develop materials to help women from minority groups to engage in civic and political processes, while the Office of the High Commissioner for Human Rights is using our results to develop a policy paper on the impact of human rights on social cohesion in Moldova.